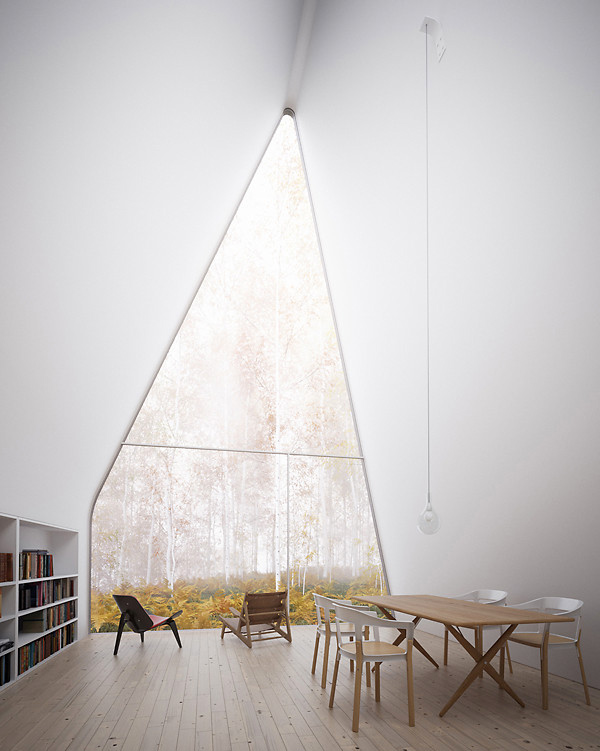 Glass walls have found a prime use in minimalist architecture.

he term minimalism is also used to describe a trend in design and architecture, wherein the subject is reduced to its necessary elements. Minimalist architectural designers focus on the connection between two perfect planes, elegant lighting, and the void spaces left by the removal of three-dimensional shapes in an architectural design. Minimalistic design has been highly influenced by Japanese traditional design and architecture. The works of De Stijl artists are a major reference: De Stijl expanded the ideas of expression by meticulously organizing basic elements such as lines and planes. With regard to home design, more attractive « minimalistic » designs are not truly minimalistic because they are larger, and use more expensive building materials and finishes.

Architect Ludwig Mies van der Rohe (1886–1969) adopted the motto « Less is more » to describe his aesthetic. His tactic was one of arranging the necessary components of a building to create an impression of extreme simplicity—he enlisted every element and detail to serve multiple visual and functional purposes; for example, designing a floor to also serve as the radiator, or a massive fireplace to also house the bathroom. Designer Buckminster Fuller (1895–1983) adopted the engineer’s goal of « Doing more with less », but his concerns were oriented toward technology and engineering rather than aesthetics.